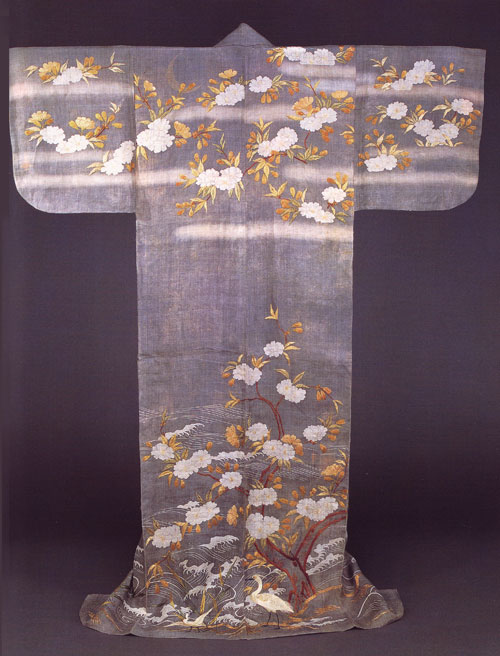 Kyoto abounds with wonderful textile traditions that have been skillfully blended to create treasures like the 19th century kimono shown above, where the subtle use of dyes have created a wispy cloud-like texture as the background for this fabulous embroidered garden. In its day, such a kimono was probably worn by a lady-in-waiting of the imperial court, but is now the property of Kyoto National Museum. 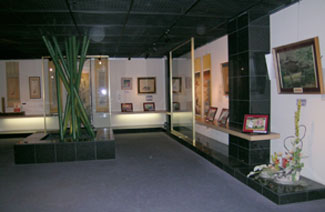 Smaller exhibitions of embroidery shown at Shishu-Yakata, The Embroidery Museum and School of Kyoto include both modern and historical pieces. A 40-minute course in Japanese-style hand embroidery is offered at a nominal fee. The museum school also offer classes in making a Japanese pastry called Yatsuhachi-an, a fresh rice flour dough filled with sweetened bean paste. 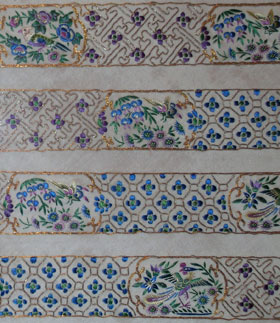 The classical Japanese embroidery used to decorate kimono worn by members of the imperial court was adapted from techniques that spread from China and Korea some 12 to 13 hundred years ago and requires the mastery of approximately 46 different stitches or stitch combinations. These elegant embroideries are generally stitched with a fine silk filament on silk or a fine linen-like ramie and featuring birds, flowers or scenes from poetry or classical literature.

Of course, there are also many other wonderful Japanese embroidery traditions such as sashiko and kogen that were used by farmers and fisherman to repair, reinforce or pad their clothing. These clothes were often made of coarse indigo-dyed hemp fabrics and stitched with a sturdy white thread, creating a special rustic beauty all their own. But I’ll save a discussion of that for another post.

One thought on “Embroidery traditions in Kyoto”